“Reboot Your Brain and Reset Your Focus” Wellsmart Workshop Recording

Optimism Is The Medicine We All Need Right Now 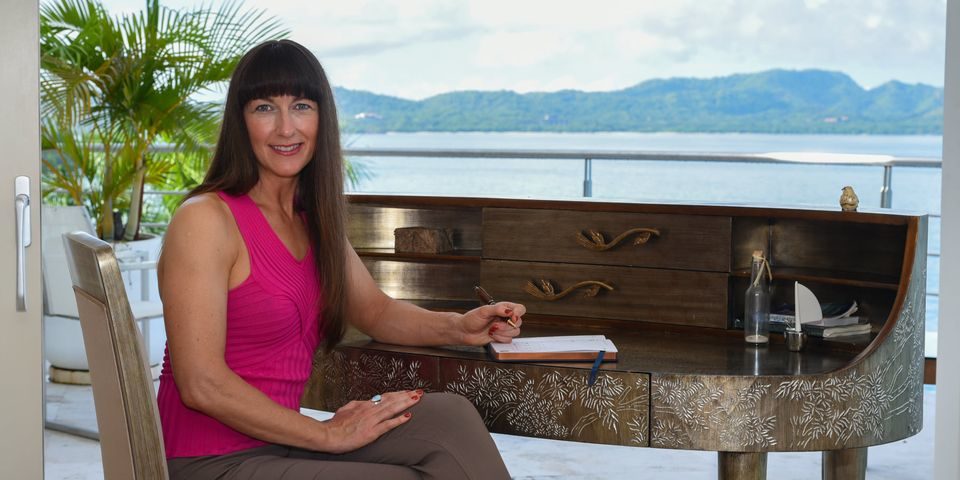 After almost a year of chaos, with a lot of uncertainty still to come, it can be hard to look ahead and feel anything but worry (or even straight-up pessimism). A divisive election, a pandemic, social unrest, and an endless news cycle can do that to a person. So if you’re in an uncharacteristic funk, you’re certainly not alone.

To understand what’s at play, consider this: Human brains—composed of left and right hemispheres—are a little like the yin and yang symbol, which embodies the idea that opposite forces may actually be complementary, at least when they’re in balance. But in highly difficult times like these, one side can predominate and cause problems.

“The left brain is more of the black and white, yes and no, analytical side that tends to be activated under stress,” says Amy Coleman, MD, a family medicine physician at Parsley Health. “It leads to instinctual, hypervigilant, reactive thinking that will get you out of danger, but it’s not the part of the brain that allows you to find the hope or deeper strength to see the bigger picture. Our current society sometimes pushes us into that one-sidedness.”

As if that weren’t enough, this pessimism, worry, and dread that you may be experiencing right now aren’t just making you feel bummed and disconnected—its toxic effects can legitimately mess with your physical health (ramping up inflammation, for example) and exacerbate the sense that you’re just not in control.

So what’s the fix? Research suggests that optimism can act as somewhat of a healing, protective balm for physical and mental health during troubling times. The tricky part: Learning how to tap into a positive mindset when everything in life is pulling you in the other direction.

Here, we’ll first dive into the many science-backed benefits of a hopeful, optimistic outlook, then outline a few strategic ways to help you flip your perspective and reap the mind-body rewards.

“They ran tests on these children before and after the war and found that the ones who could see further down the path, the ones who had this sense of ‘I’m stronger than this’ or ‘this too shall pass,’ actually turned on genes for longevity, anti-inflammation, and the immune system, which allowed the body to fight off disease and have better energy,” says Coleman. “It’s almost like the body was listening to the thoughts and saying, ‘I hear ya, I’ll help you get through this.’”

Here are several more ways of tapping into a positive mindset and healthier thought patterns can improve your health and wellbeing:

Improved heart health
A 2019 meta-analysis of 15 studies published in JAMA Cardiology found that a person’s likelihood of thinking positively or optimistically about the future was associated with up to a 35 percent decreased risk of heart disease, and a decreased risk of death.

Increased longevity
Findings of a 2019 study published in the Proceedings of the National Academy of Sciences suggest that optimism was related to an 11-15 percent longer lifespan, on average. It was also associated with greater odds of attaining “exceptional longevity,” or living to 85 years or older. Interestingly, the optimism-lifespan link was strong even when researchers accounted for factors like socioeconomic status and health behaviors like alcohol use.

Enhanced immune health
A 2018 research review in The American Psychologist notes several studies in which optimism has been linked to enhanced immunity, including a type of adaptive immunity called cellular-mediated immunity. More studies are needed in this area, but early results are promising.

Reduced inflammation
In the same 2018 review, researchers noted links between pessimism and elevated inflammatory biomarkers such as C-reactive protein and interleukin-6, both of which play a role in painful inflammatory conditions such as rheumatoid arthritis and other autoimmune diseases. Researchers believe decreased inflammation may be one way optimism positively influences immune health.

Better decision making regarding one’s health
Interestingly, research has found that optimists tend to have greater knowledge about their own health, and as a result, they make better decisions about their health such as getting more exercise and sleep, drinking less alcohol, and consuming more fruits and vegetables. This, in turn, can lead to an ongoing positive cycle of healthy behaviors, driving healthy outcomes.

4 ways to feel more empowered and optimistic during hard times.
The good news is that optimism is not fixed. Meaning, even if you’ve been in a pessimistic rut for a while now, you can enhance it…but it might take some practice.

1. First step: You have to break the stress spiral.
Remember what we said about the left brain? It tends to be dominant in times of stress. One reason is that stressful experiences and news can drive our sympathetic (fight-or-flight) nervous system response, explains Coleman, which shifts us into a left-brain dominant reactive mode.

Your right brain, on the other hand—according to Coleman, your “open, relational, intuitive mind” that allows you to see the bigger picture in life—is more active when your parasympathetic (rest-and-digest) nervous system is dominant. So, taking steps to curb the effects of stress on your body can be a great first step in shifting into a more optimistic mindset.

Breaking this stress cycle can be achieved with regular practices like meditation—and their effects are significant.

Consider this: When we’re stressed out, whether it’s from watching too much news or not being able to pay bills, “your brain waves literally collapse to about 8 to 10 Hertz, which, if that was wifi bandwidth in a coffee shop, you wouldn’t even be able to check your email,” says Coleman. “Meditation and mindfulness, on the other hand, can create these restful states that basically illuminate and expand thought processes where you’re looking at 40-60 Hertz. So if we’re tapped into that parasympathetic, right-sided brain, you’re actually able to rise above because of the longer bandwidth and see connections and strategies and more solutions to your problems.”

Deep breathing, yoga, or even taking a 10-minute walk (oh, and not scrolling the news on your phone every 10 minutes!) can all be great ways to hit the reset button on your nervous system—priming you for a more balanced, positive outlook.

2. Seek out experiences (and relationships) where time seems to stand still.
This may sound woo-woo, but it’s not. According to Coleman, the right brain tends to kick into high gear when you’re involved in something bigger than yourself or connected with other people. Some place or experience where time stands still, where you almost forget your worries, and where you can be your true self. “Anytime we’re tapped into something more than the little nugget between our ears, it’s easier to actually feel optimism,” says Coleman.

In Chinese Medicine, they believe that when you’re experiencing feelings of awe, inspiration, wonder, or being part of something bigger than yourself, you’re connected to your spirit or higher self, explains Coleman. And for everyone, the trigger for those feelings may be different. It could be connecting with nature, being charitable with your time or money, or spending time (physically or virtually) with people who “get you” and make you feel supported.

“There’s really no ‘one’ answer,” says Coleman, and it often requires some exploration. “It’s often a practice of seeking out what is not in front of you.”

3. Prioritize your health and wellbeing (schedule some appointments!).
Knowing what’s going on with your health can be a surprisingly effective strategy for feeling more in control and optimistic about the future, and that might just have a ripple effect on your overall mindset. As mentioned above, optimistic people tend to know more about what’s going on with their health and take steps to improve it. But studies aren’t clear as to whether this health knowledge is what drives optimism or vice versa—there’s a good chance it’s a bit of both.

So, if you’re dealing with an issue that’s scary or uncomfortable (a strong family history of breast cancer, for example) or have been feeling out of sorts for a while, don’t avoid scheduling those tests. Consider slotting 30 minutes this week to schedule all the visits you’ve been putting off. Often, you’ll feel better and more in control of your life immediately after making an appointment.

Your specific doctor can play a huge role in your positive (or negative) mindset, too. Often, health practitioners have limited time and are hard-pressed to offer much guidance beyond which medication to take. But holistic and functional medicine practitioners, like those at Parsley Health, can provide more actionable advice on lifestyle and dietary practices that will support your overall wellbeing and the specific condition you’re dealing with.

Plus, “a lot of us doctors have actually used functional integrative medicine to turn our own life around,” says Coleman. “So by just sharing what we know from an authentic place of having experienced it, it becomes much more powerful and visceral.”

4. Reframe those doomsday thoughts.
Finally, it’s important to understand that thoughts feed like thoughts. So a practical, in-the-moment strategy for dealing with a pessimistic, fear-based mindset is changing the language with which you talk to yourself, and moving your attention from everything that’s wrong to at least a few things that are going right.

“We have to remind ourselves that our thoughts are like friends, and we’re going to attract more of the same,” says Coleman. “So if we can discipline our thoughts to feed us and take care of us, rather than take from us, that’s going to support more optimistic viewpoints.”

Part of this means knowing how valuable your attention is and mindfully shifting it from more negative thoughts and worries that aren’t serving you, or that you cannot realistically control, and towards things you can. It’s kind of like being a gardener, says Coleman, you have to “take out the weeds and keep the flowers.” 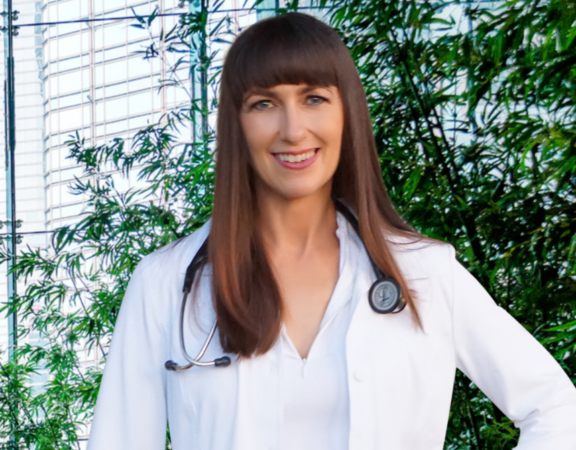 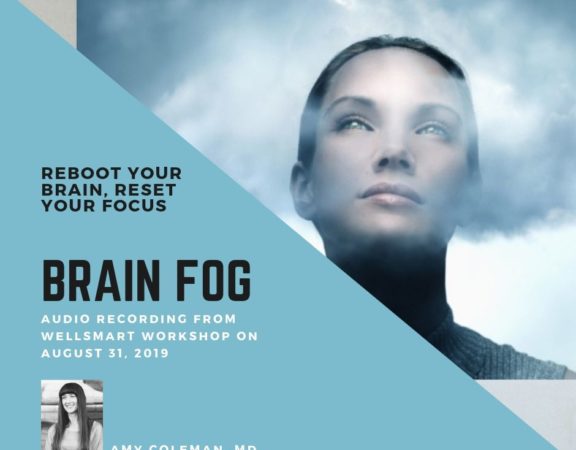 “Reboot Your Brain and Reset Your Focus” Wellsmart Workshop Recording 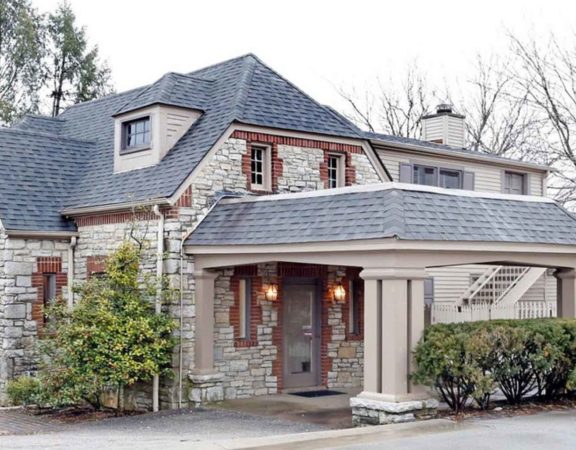